For our annual vacation, we decided to go to Taiwan. I’ve been wanting to go for some time and the recent no-visa requirement made it more feasible to go.

Our flight was scheduled to depart on December 20, 2017 at 11:40pm… but due to airline delays all day, our flight was delayed until the next day at 5:30am. Every passenger of that flight was beyond furious! Others even cancelled and opted for a refund. Aside from free food, we were also given a complimentary one-way flight to any destination we want as compensation. Personally, I can live without the free flight. Waiting for 6 hours was torture!

Anyway, we arrived in Taoyuan International Airport at around 8:00am. Went through customs, claimed our baggages, exchanged NT dollars, and claimed the portable wifi router unit before we rode the train going to Taipei City.

I bought vouchers from Klook for the router. This is very convenient as you only need to show either the mobile voucher or a print out, sign some papers and you’re done! 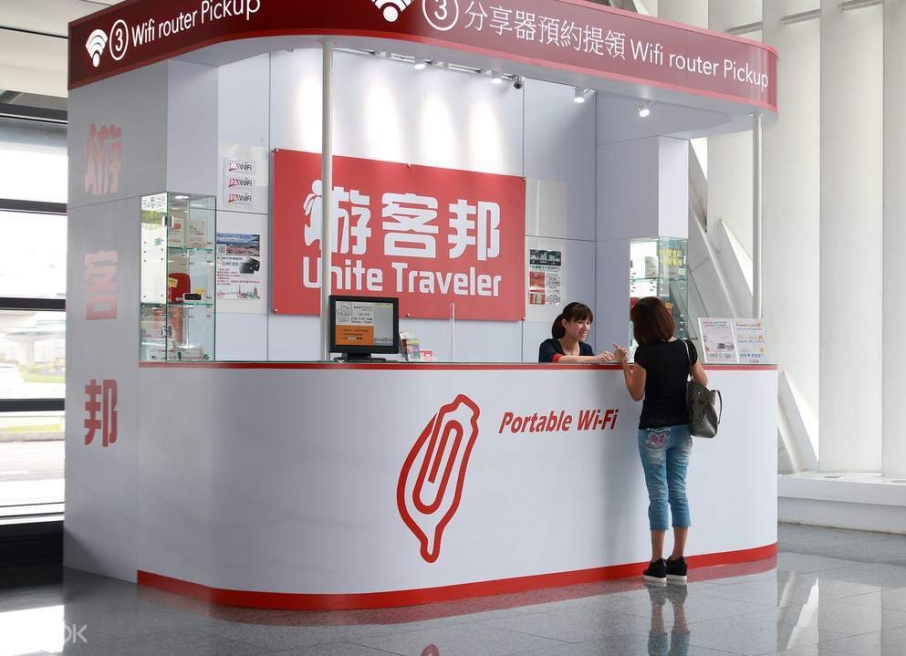 We bought an easy card as means of transportation payment for the MRT, buses and even convenient stores.  Buying one has its advantages, number one being, having to pay lower fares compared to buying a one-way ticket or paying cash.  Also, there’s no need to line up every time you ride the MRT.  Our itinerary is patterned towards the nearest train stations so it was essential to get one. There’s also no deposit required so you can keep the card after your trip.

One thing I like about Taiwan metro system is that it is easy to follow. There are numerous signages that can be clearly seen within the stations. Train lines are separated into different platforms. For example the RED LINE, whether going southbound or northbound will be in the same platform/level. While other interchange lines will either be in a lower or higher level platform. This lessens the confusion in my opinion.

If you need a mobile MRT app (for iOS), I used Transit by Navitime. Just type in the station of origin and destination and it will show different route options. You can even see the train schedules for any day in the future.  Access other countries’ train system by downloading them in the interface.  Countries included are Hong Kong, Japan, Canada, Australia and many more. 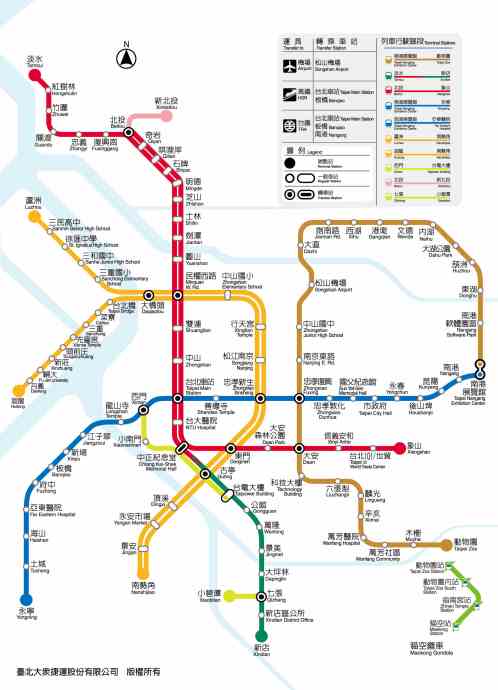 Then we transferred to the Red Line going to Shuanglian Station where our AirBnB is located.  We arrived there at 11:00am and looked for the AirBnB meet up place.

Our AirBnB host wasn’t specific with directions and just told us to call the number he provided so we could be picked up by a staff member at the meeting place. We waited about 20 minutes and had to call twice before someone came. We were allowed to drop off our luggages, but official check in is at 4:00pm.

After having lunch at a nearby restaurant, we started our journey through the city. We visited the Taipei Confucius Temple 台北市孔廟 first. Here you can see different Confucian teachings, its history and some interactive elements. There’s so much to take in, but I am somewhat familiar with some from when I was a student. 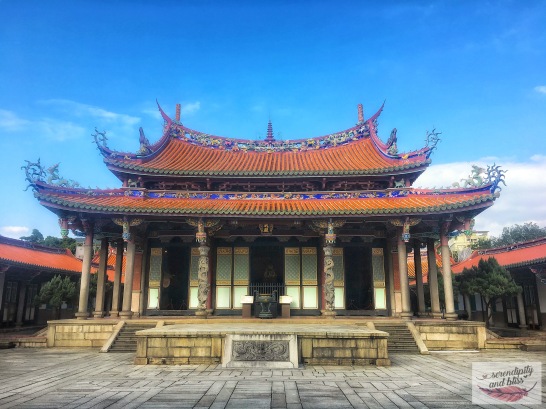 Via MRT: Take the Red Line to Yuanshuan Station 圓山, Exit 2. Walk down Kulun Sreet.  Make a right at the intersection of Dalong Street.  Temple entrance is at the right side.

Next is the Dalongdong Bao’an Temple 大龍峒保安宮. This temple is simply majestic!  There were a lot of people praying and I wanted to respect that, so I only looked around for a bit, took some photos and left. 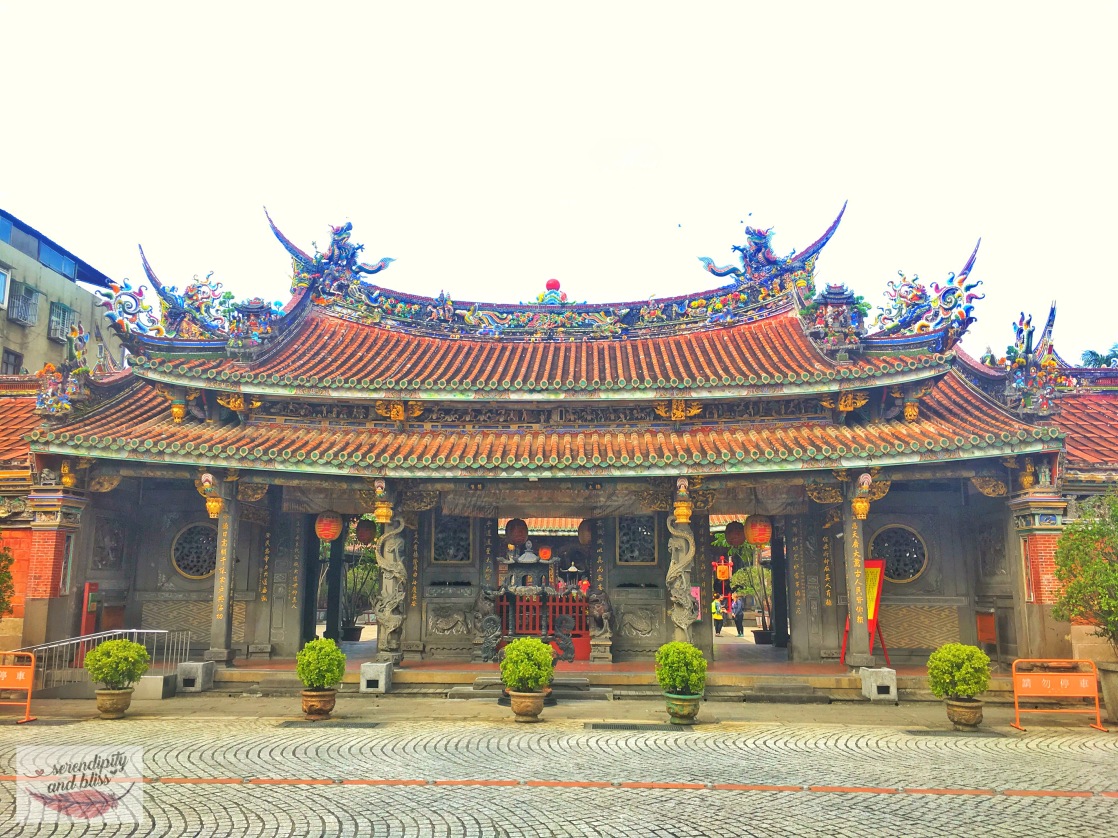 Via MRT: Take the Red Line to Yuanshuan Station 圓山, Exit 2. Walk down Kulun Sreet.  Make a right at the intersection of Dalong Street. Continue walking past the Confucius Temple then make a left on Hami Street. Temple entrance is on the right.

Lastly, we went to Sun Yet-Sen Memorial Hall 國父紀念館. This memorial hall was built as a tribute to the founder of the Republic of China, Dr. Sun Yat-sen. The memorial hall displays historical relics depicting his life and accomplishments. 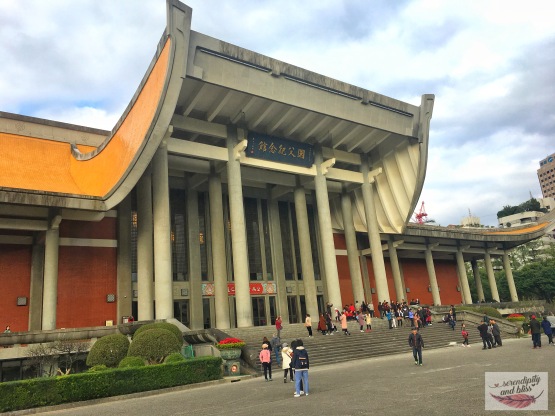 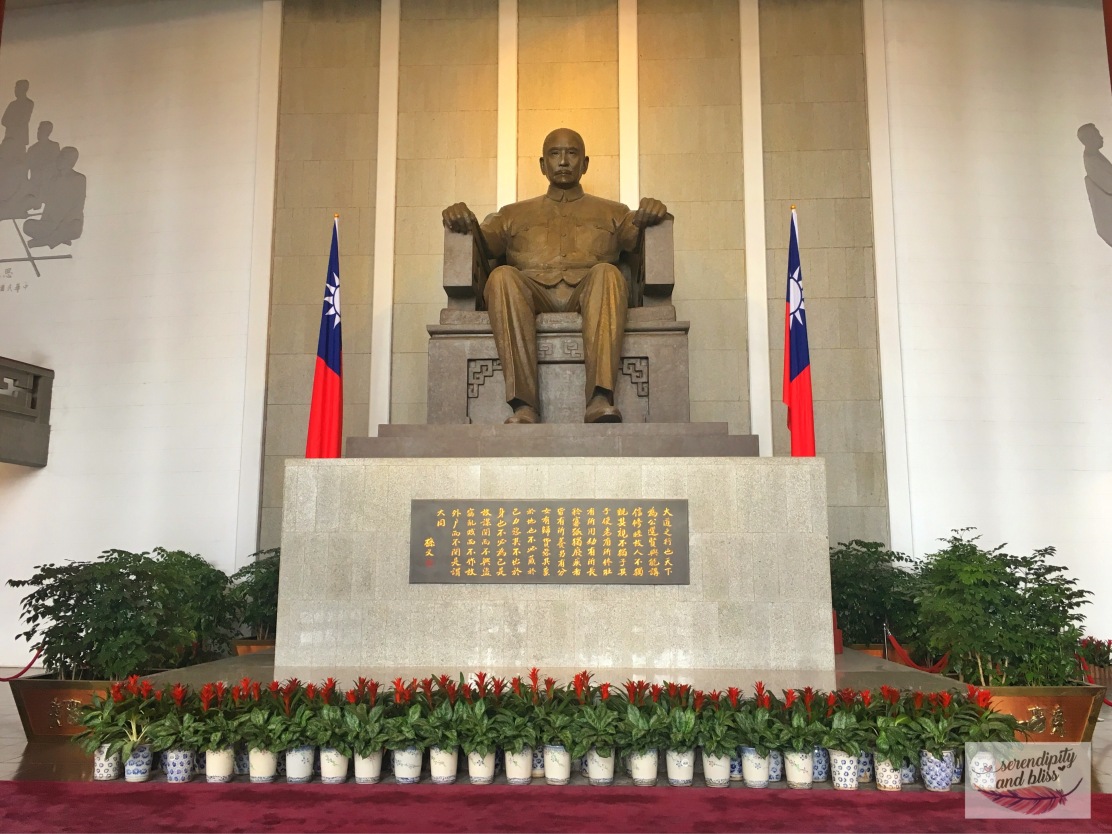 This is also a good spot to have a panoramic photo of Taipei 101!  Beside the memorial hall is the Zhongshan Park and Emerald Pond. 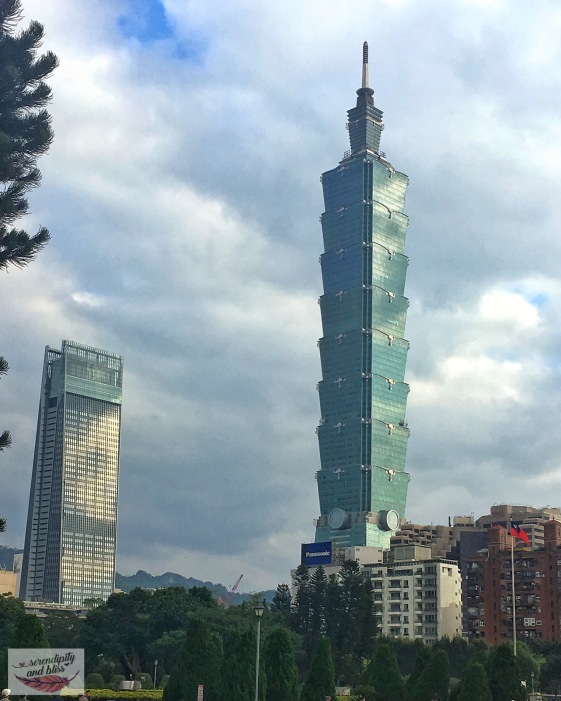 After this, we were very tired and sleepy and decided to go back to the hotel. I have cousins who work in Taiwan, and they invited us for dinner and drinks. It was also one of my cousins’ birthday that day so we went and talked for a few hours. We went home at around 1:00am because we still had an early tour the next day.

I booked a tour months before our trip. I searched online for local drivers instead of booking tours via Klook. This will be a cheaper option if you are touring in groups. You just have to advise the places you want to go to and they will quote the price for the tour. The tour is valid for 8 hours from the time you are picked up from the hotel until you are dropped off. Any time in excess of 8 hours will have its corresponding price.

We were picked up from our hotel at exactly 9:00am. Our driver speaks some English.  If he can’t express it properly, he uses a LINE chat that translates.  I can speak and understand some Mandarin as well so it wasn’t that hard to communicate.

First stop is Yehliu Geopark 野柳地質公園. Entrance fee is NT$80. You can easily spend hours here just admiring the different rock formations.  The most famous formation is the Queen’s Head. 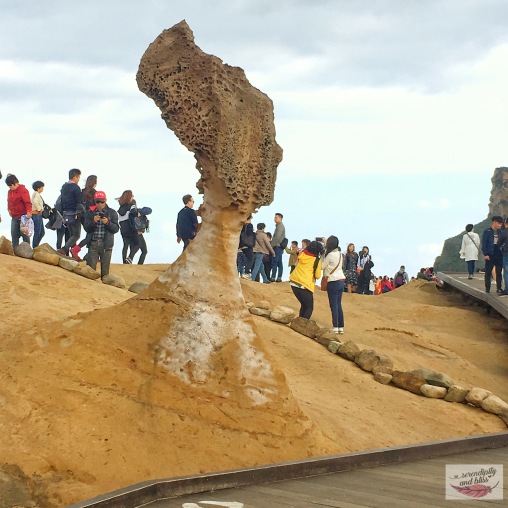 Next on the list is the Yin Yang Sea 陰陽海.  The sea is complemented by yellow and blue colors patterned through the Chinese concept of duality, thus the name. The discoloration was brought about by old mining activities and high concentration of pyrite in the area. 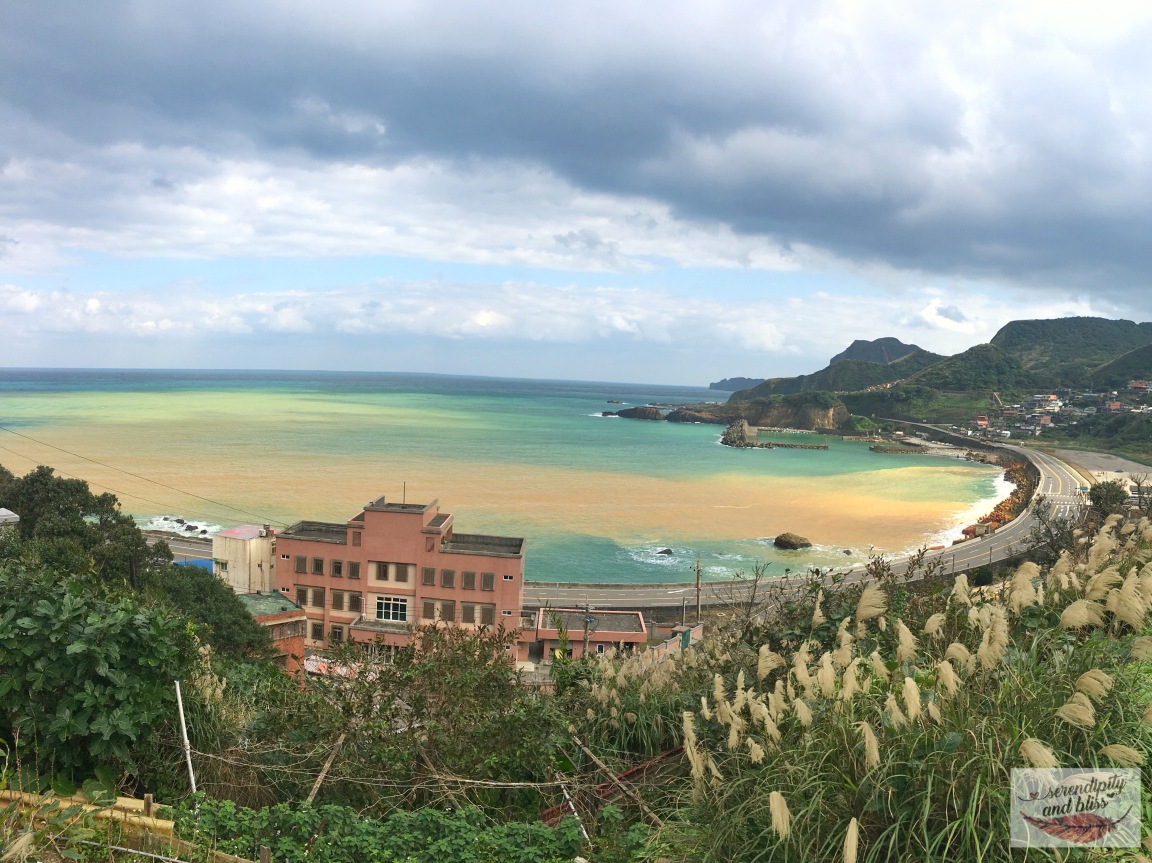 Nearby is the Golden Waterfalls 黃金瀑布. Just like the Yin Yang Sea, the discoloration of the rocks was brought about high concentration of heavy metal elements due to mining. 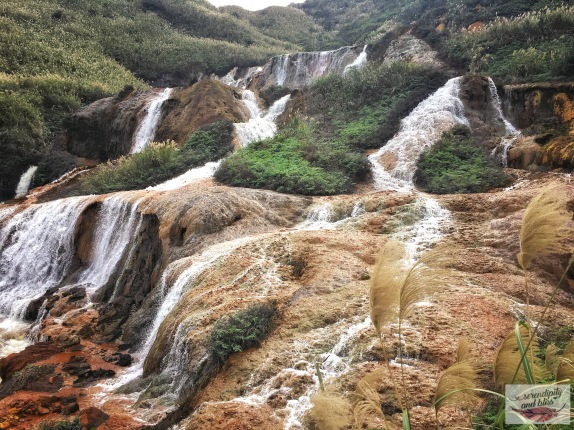 Our next destination is Jiufen 九份. This old township is a must-see!  It’s always full of tourists.  Its narrow lanes are lined with food and souvenir stalls. 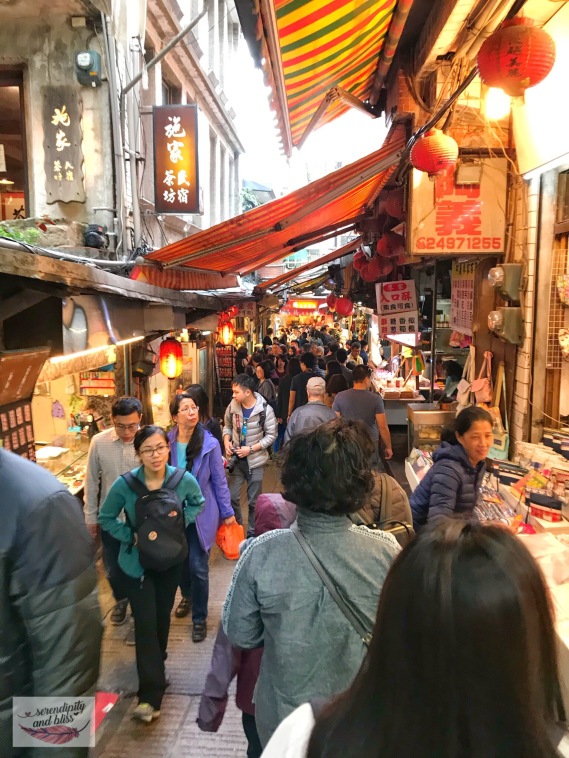 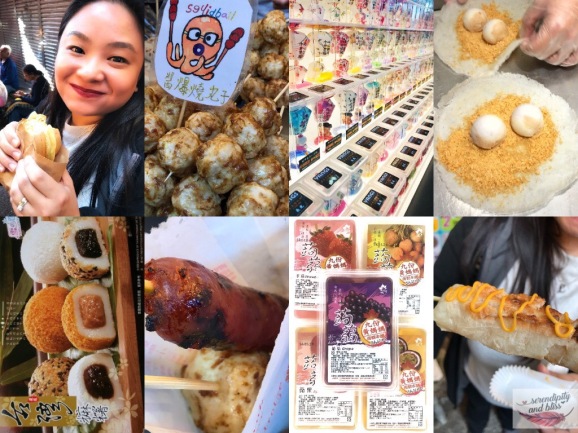 Our last stop is Shifen Old Street 十分老街.  This is an old railroad town and one of the stops in the Pingxi Line.  We didn’t have that much time left, so we just took photos, released a sky lantern, looked around a bit and left. 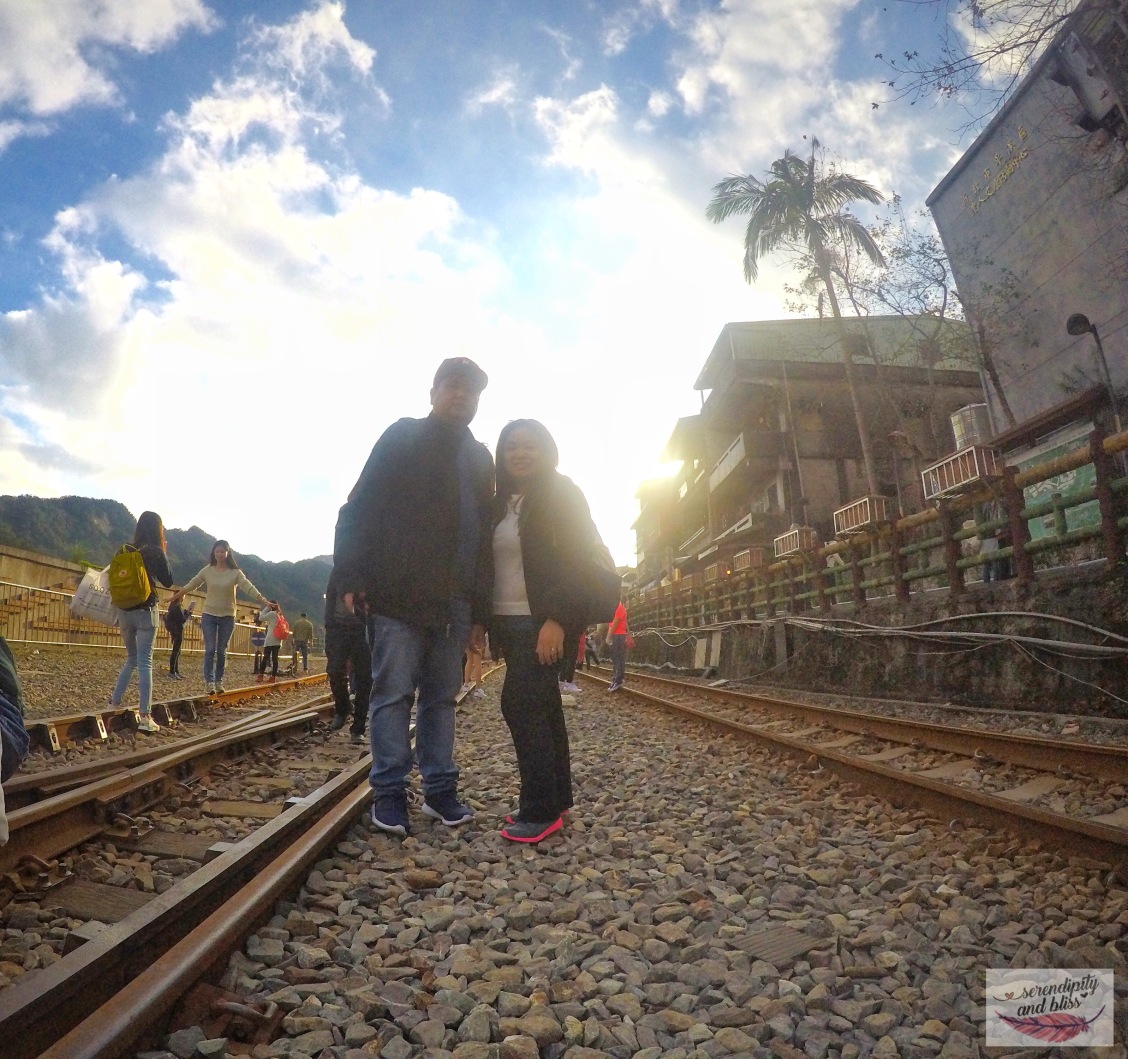 There are different kinds/colors or the sky lanterns. Each colour represent a different aspect of your life.  The greater the number of colors in one lantern, the more expensive it gets.  We chose a four-colored lantern for NT$200.
RED: health, YELLOW: money, BLUE: career, and PINK: happiness.
They will assist you from start to finish. They even initiated the photo and video taking. It was really a fun experience! 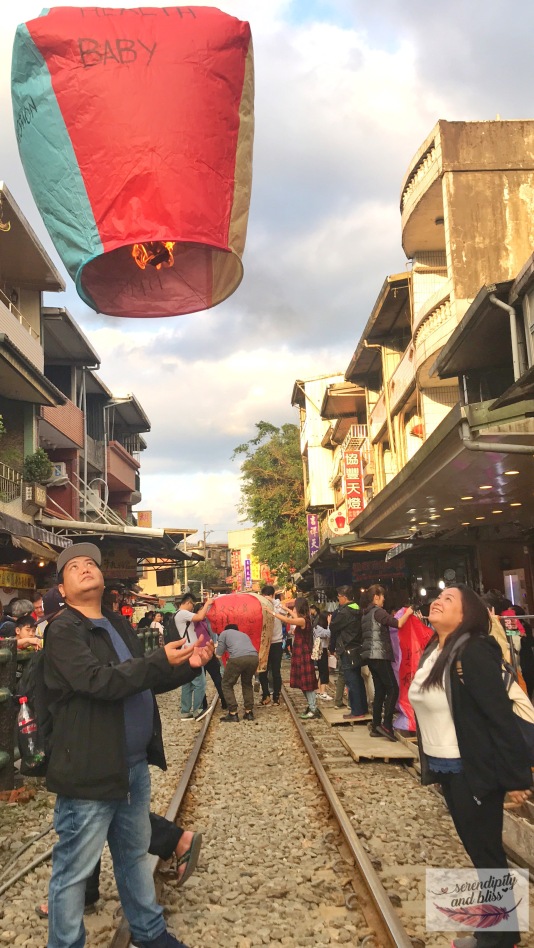 After this, we went straight home and paid NT$3500 to our tour driver as we exceeded 45 minutes.  We were supposed to go to a night market for dinner, but I fell asleep while Don was taking a bath and he didn’t wake me up anymore. 🙂 haha