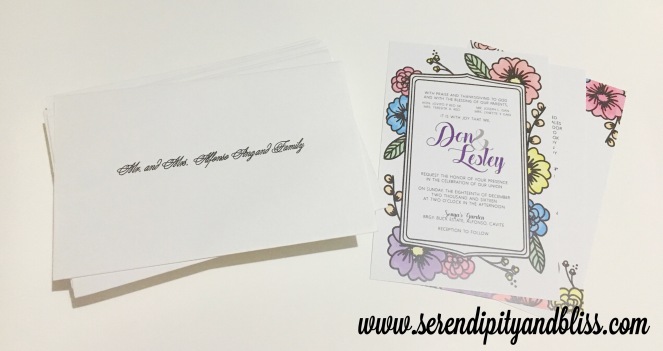 For our invitations, we went with Print & Co. We came across them at a Bridal Fair held in Shangri-la Plaza.

Initially, we got the package of Classic Invitations for Php 52 per set.

It sounded like a good deal at first, but later on I realized, they provide the “basic” package and everything else is an add on. So it will appear as low-cost, but to get what you want, the total price will be almost the same as other vendors. I will provide a price breakdown at the end of this post.

After the initial correspondence with the supplier, Don and I talked about making all 3 pages of the invite to be of the same size. And for that we have to add Php 20 per set. And then we also decided to have them design the map, which cost an additional Php 500.

We initially chose a different invitation design based on what they have on file, but we didn’t like the outcome so I looked for a design on my own and asked them to tweak it and give it some color. 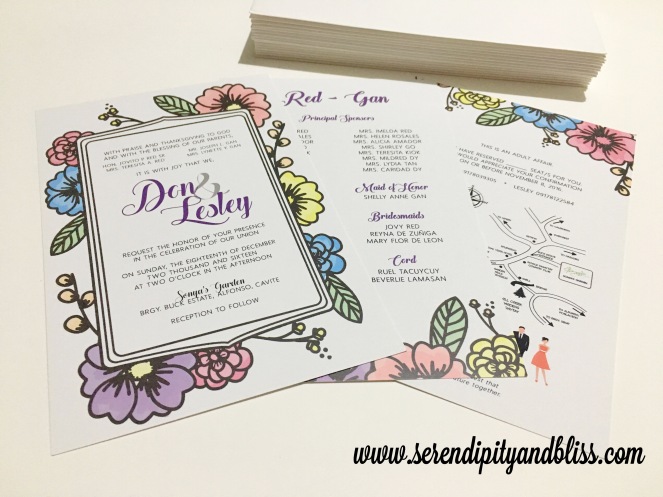 Communication was through email so it was kind of hard especially if I want to explain something that is typically hard to put in writing. And although I gave them very very specific, detailed and bulleted instructions, they would still miss on a few details when they send me the revision. This frustrated me so much so that I had to “confront” them about it. They apologized and I guess their work improved after that.  I also had to pull out the invitations from printing due to wording issues, which costed an additional Php 500.  This delayed the invitations for another week.  Then another dillema presented itself.

I thought we could just have the guests’ names printed on the envelope using my mom’s printer. But the envelope was too thick that the printer feed couldn’t even get it inside. So I looked for another vendor to do the printing.

I found QP Designs in Megamall to do the calligraphy. Later on I found out it was digital calligraphy, and it costs Php 12 per envelope. To keep the cost down, we only had 80 invites printed on. This delayed the distribution even further, but I was very happy with the outcome.  It looked like it was written by hand instead of a machine when you look at it up close. Tricky. 🙂 But the lady attendant was very nice and patient with me. So thumbs up! 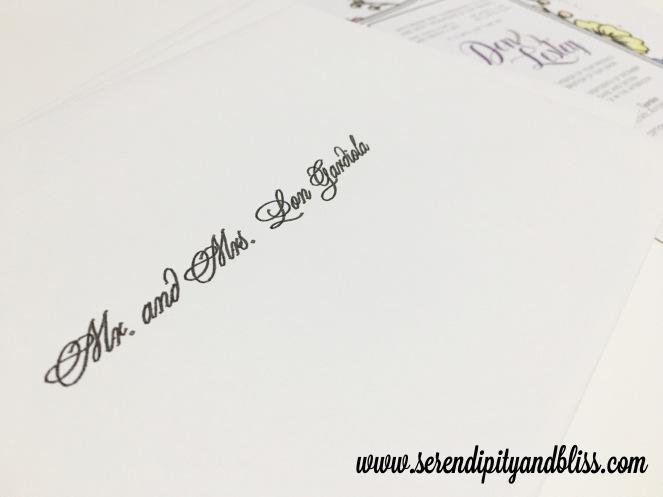 One thought on “Supplier Review and Total Expense: Invitations.”